My friends over at Full Moon have announced a mega-box set that contains several of the classic 80’s genre films of Empire Pictures. Teaming up with Shout Factory, the limited edition Empire box set will contain 18 films over 15 discs - 14 Blu-ray and 1 DVD.

Have a look at this promo video:

Unless you find the Full Moon crew at one of the horror conventions they’ll be at, the only way to get the Empire Pictures collection is to grab it at www.FullMoonDirect.com. 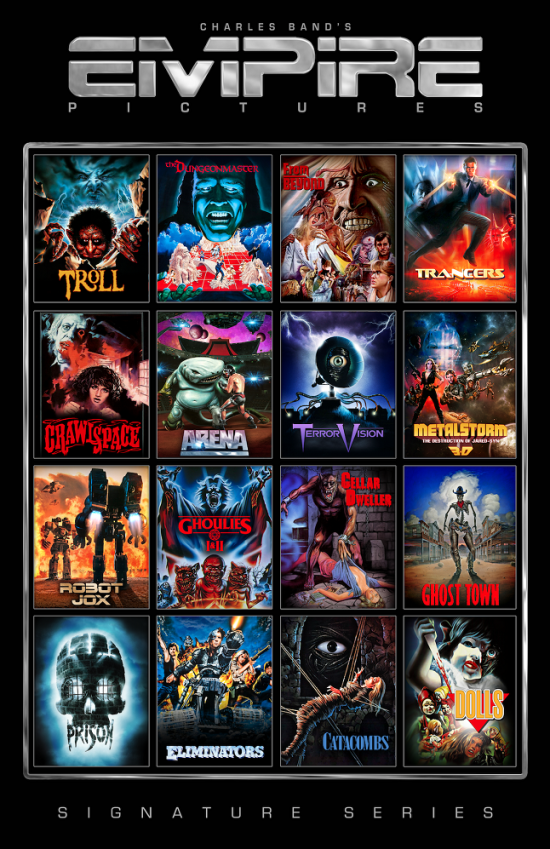 The must-have box set of the year goes up for pre-order April 28th. Those that get on on the ground floor and order the collection during the pre-order period will also receive a free 11x17 Signature Series poster that features vintage and rare Empire Pictures variant poster art.

Don’t procrastinate though, only 600 sets are being produced. You snooze, you lose.