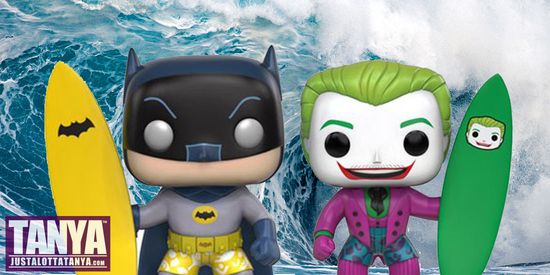 From the memorable third season episode of the campy super hero show comes two new additions to the Funko POP line of stylized figures. In the episode Surf's Up! Joker's Under! Batman (Adam West) faced off against The Joker (Cesar Romero) in a surfing contest.

Here is a clip:

And here are the figures: 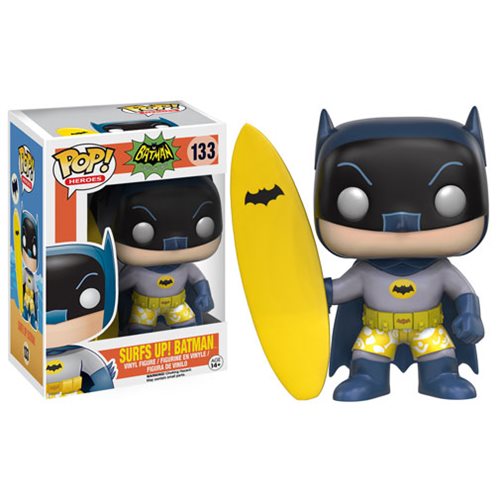 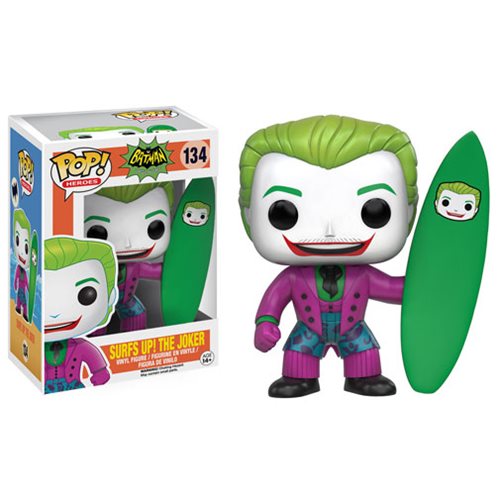 As you can see both Batman and Joker come complete with surfboards, just incase you want to recreate the scene in your bathtub.

Recently Mattel and Figures Toy Company have produced figures based on the episode as well: 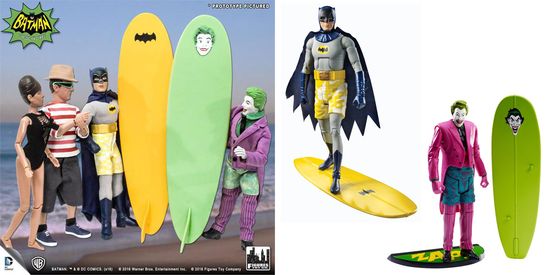 I am so happy about this news. I thought we had seen the last of the Batman TV line after the initial wave of Batman, Robin, Joker and Catwoman. With the announcement of these 2 new figures, I have hope that we’ll eventually see Penguin, Riddler and Batgirl.

Of course, I’m going to get these and will be reviewing them as soon as I do. So stay tuned. Same Tanya Time, Same Tanya Channel!

In the mean time, here is my video review of the Catwoman Pop!