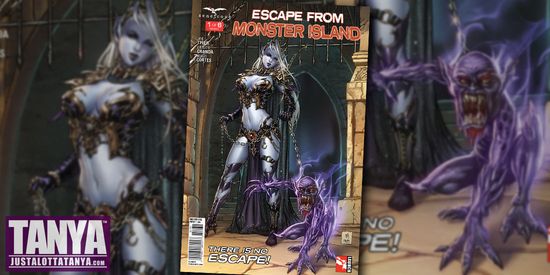 Escape From Monster Island is the comic book equivalent of a big blockbuster summer action movie. 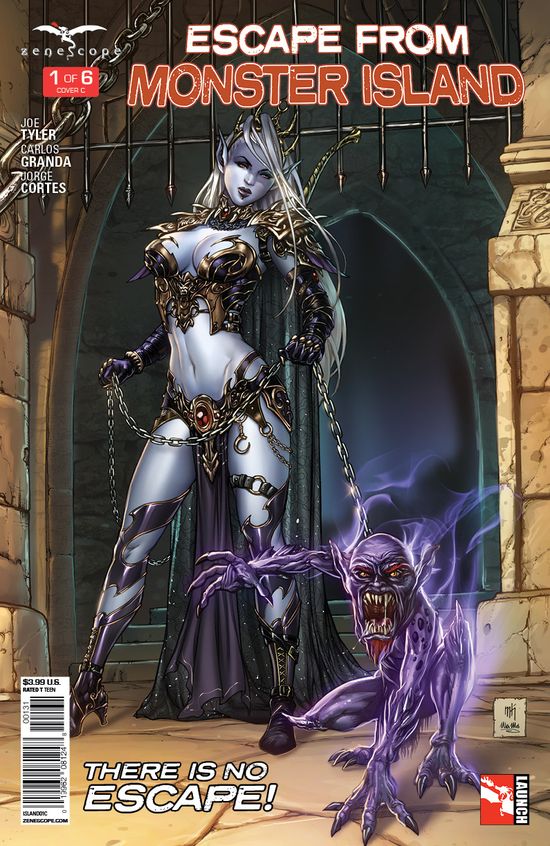 In an effort to keep the planet safe, all of the world’s monsters have been corralled on one well hidden island. There, experiments were conducted on them until an accident took place five years ago and the monsters overran the island. Now, the dome that is keeping the monsters on the island is failing. And in 48 hours they’ll be able to break free. Before the government can take action, a mercenary unit led by a scientist, Doctor Bennett, must venture in to the heart of darkness to retrieve a global changing element.

Written by Joe Tyler based on a story by Ralph Tedesco and Joe Brusha, Escape From Monster Island #1 is a fun read. While this is only the first of a six issue series, you get the same feeling as you would going up the first hill on a theme park rollercoaster. You have an idea of what’s coming next, but the only thing you can do is hold on.

This first half of this issue provides the needed exposition, but once the journey begins, things start moving quickly. Tyler moves the characters along while still giving you enough jaw dropping moments to keep you on your toes. No one is safe, as you find out early on.

The art by Carlos Granda is lively. There is plenty of momentum and movement. The characters are expressive and unique. He perfectly captures the tone of a larger than life action movie.

Escape From Monster Island is a thrillride. The pacing is spot on and the art big enough to bring you in without weighing the story down. While you may have the feeling you’ve been here before, there is enough freshness to this story to keep you turning the pages.

Escape From Monster Island is the comic book equivalent of a big blockbuster summer action movie.