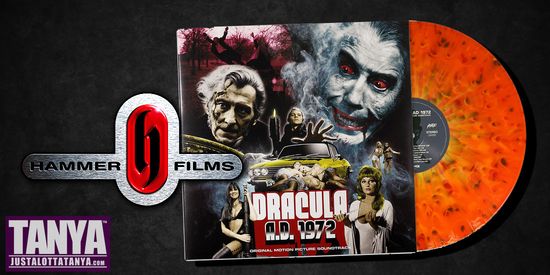 One of the most unique films in Hammer’s Dracula series, Dracula AD 1972 was a deviation in tone from the gothic horror style that proceeded it. Set in the 70’s, The Count terrorized a present (at the time) day London. Once again the iconic Christopher Lee starred Dracula as the equally celebrated Peter Cushing portrayed a Van Helsing descendent. And with the change in era, came a change in music style. 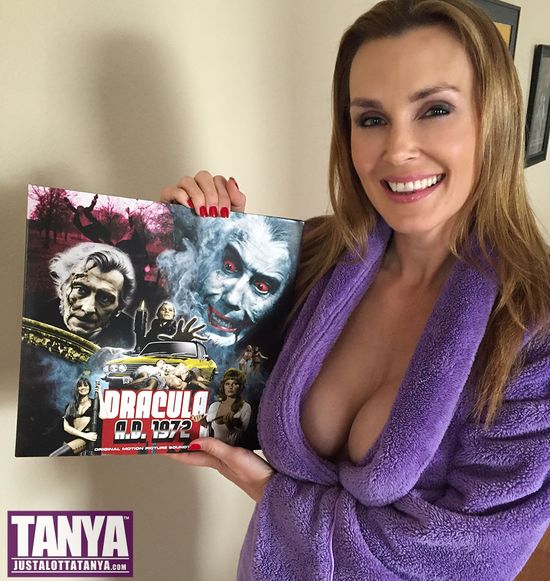 Death Waltz Recording Company and Mondo have released the soundtrack on vinyl. The colourful record is limited to 1000 units and presented in a stylistic jacket. The cover art by Silver Ferox is simply amazing and beautifully captures the pop essence of the film. The gatefold image is over Lee and his co-starring ladies. Here is more information:

Death Waltz finally gets back on track with its classic Hammer score series with Dracula A.D. 1972. Mike Vickers' score was a real departure for Hammer leaving behind the dark orchestra scores that put the studio on the map and opting for a superb mix of almost-70s cop flavors favored by the likes of Schifrin; he also mixes in some good psychedelic tuneage for good measure. Vickers puts his background as Manfred Man’s guitarist to good use creating some great rhythmic jazz infused songs full of gothic textures. This is one of my favorite Hammer scores - it's an easy listen and super fun.

The record is only $25.00 and yes I placed my order as soon as it was available. Brilliant collectibles like these go fast, so if you want Hammer Films’ Dracula AD 1972 Soundtrack order quick! Get it here.