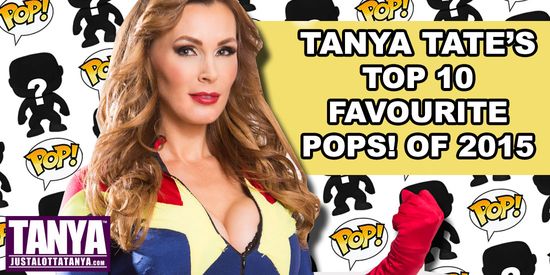 As a POP collector since 2011, I have seen loads of amazing figures produced and this past year was no exception. I think this year I bought more POPS than I ever have before. LOL, at San Diego Comic Con I spent about $500 at the Funko booth! For fun I wanted to share what I thought were the stand out figures of the year. These are the ones that I just had to add to my collection. Let’s have a look at my 10 favourite POPS of 2015! 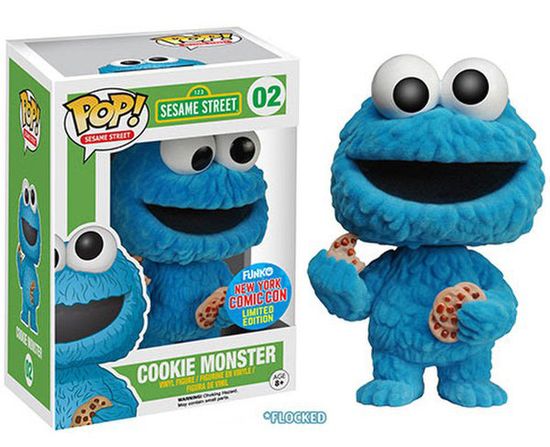 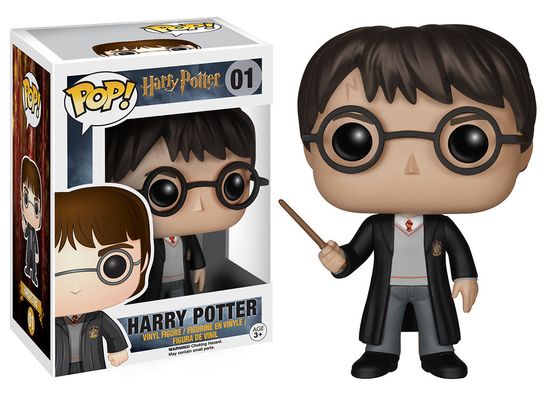 9.) Harry Potter - I am a huge Harry Potter fan. I’ve read all the books, seen all the movies and when I saw that this year we would be treated to the J. K. Rowling creations, I was ecstatic. The one I wanted the most? Of course, Harry Potter. The POP really captures the essence of the character that we’ve seen on screen and I have to say this is an amazing figure.

Get the Harry Potter POP HERE. 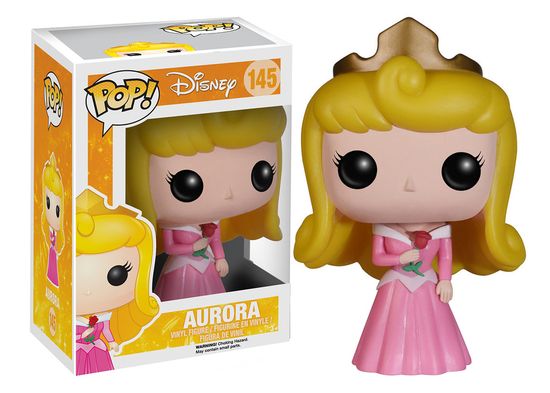 8.) Aurora (Disney) - Did you know that Aurora was announced way back in 2012? Yes, she was suppose to be part of the Disney Series 4 set. I even wrote about it back then. As you can imagine after the multi-year wait I was very happy to add her to my ever growing Disney POP collection. For me, this one of the most anticipated POPS of the year.

Get the Aurora POP HERE. 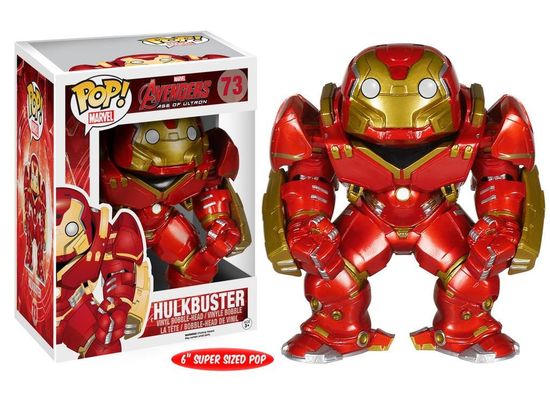 7.) Hulkbuster (Marvel) - The Marvel Collectors Corps subscription box made an incredible debut this year. Packed full of exclusives, fans went wild over the first box and one of the items that everyone loved was the super-sized Hulk Buster POP from the Avengers: Age of Ultron movie.

Get the Hulkbuster POP HERE. 6.) Hatbox Ghost (Disney) One Funko happening that stood out to me in 2015 was the reveal of Disney Park exclusives. This opened up a whole new world of possibilities. With the inaugural set featuring The Haunted Mansion ghosts, we were off to a great start. Unfortunately, I was not the only one that wanted them and these sold out QUICK. Argh. I’m still on the hunt for Hatbox Ghost. 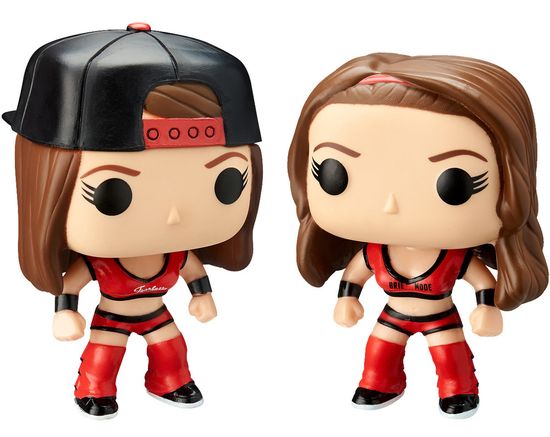 5.) Bella Twins (WWE) - Representing the Divas of the WWE come The Bella Twins. This box set of two figures is a WWE exclusive and let me tell you - when these first came out, they were virtually impossible to find. The Bella Twins are WWE Exclusives. Which means you can only find these at the WWE events or occasionally, if you are lucky, they “pop” up on the WWE website.

I love these ladies and am so glad they are represented with POP figures. I hope we see a lot more of the female WWE Superstars getting made in the future. For now, these are just awesome. 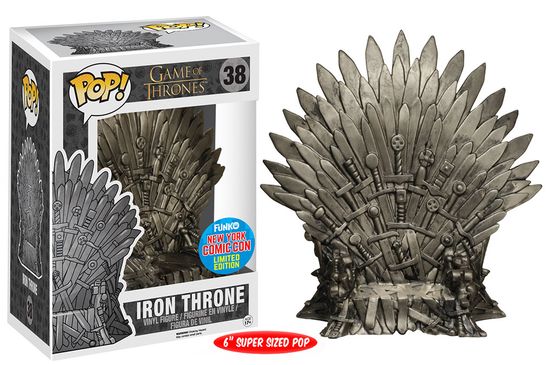 4.) Iron Throne (Game of Thrones) - WOW! This is one I didn’t see coming so you can imagine my surprise when I found out about this iconic piece of GOT scenery. While on one hand it’s kinda odd that that this is a POP, on the other I applaud the Funko team for coming up with idea to make this. While some may see this as just a chair, I see it as very cool addition to my Game of Thrones collection and a perfect place for my Cersei Lannister to sit. 3.) Fourth Doctor (Doctor Who) - When it was announced that there would be Doctor Who POPS the one character I wanted the most was The Fourth Doctor. Played by fellow Liverpudlian Tom Baker, this Doctor is my favourite of all the Doctors. 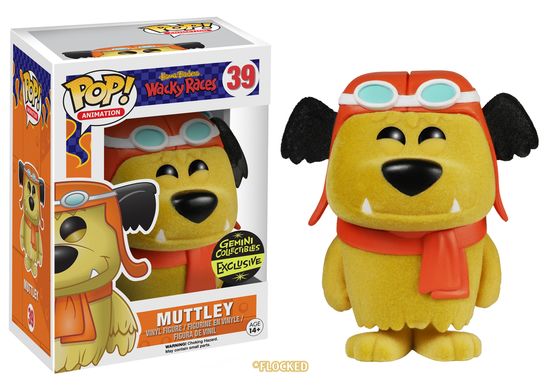 2.) Flocked Muttley (Hanna Barbera) - Flocked.Muttley. The mischievous dog of Dick Dastardly. This is a Gemini Collectibles Exclusive, and is a real winner. Getting past how awesome it is just to have a Muttley POP, but flocked? Goodness. If you saw me at San Diego Comic Con you may have seen me carrying around a Muttley backack….which leads me to…. 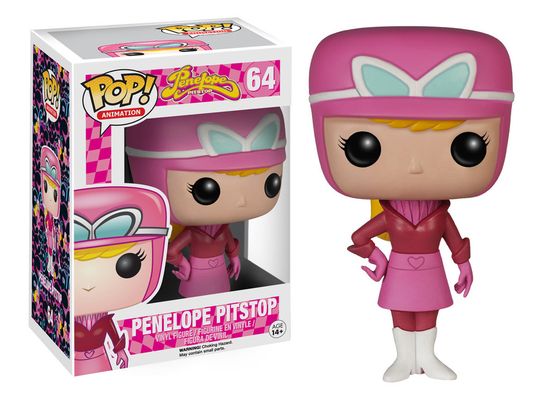 1.) Penelope Pitstop (Hanna Barbera) - Oh yes. Another Hanna Barbera character on the list and this one is my favourite POP of the year. From Wacky Races to starring in The Perils of Penelope Pitstop, this super cool girl was a childhood fav. I love this character so much I cosplayed as her this past San Diego Comic Con. I have been waiting for this POP to come out for about half a year and now that I finally have it. I couldn’t be more happier. Now, I just need the metallic chase version! LOL.

Get her from Amazon HERE

So there we are. These are the Funko POP figures that made MY year. What made yours? Leave a comment below and let me know what you think. You can also Tweet me @TanyaTate.

As a POP collector since 2011, I have seen loads of amazing figures produced and this past year was no exception. I think this year I bought more POPS than I ever have before. LOL, at San Diego Comic Con I spent about $500 at the Funko booth! For fun I wanted to share what I thought were the stand out figures of the year. These are the ones that I just had to add to my collection. Let’s have a look at my 10 favourite POPS of 2015!