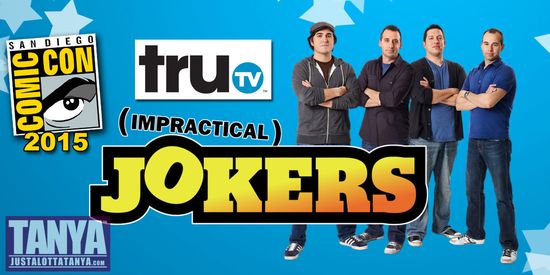 While in San Diego join the wild cast for some Impractical Jokers for some Comic Con fun! 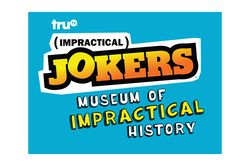 The museum, housed within the Michael J. Wolf Fine Arts gallery, is located at 363 5th Avenue at the corner of J Street in San Diego. It kicks off at 10:00 a.m. on Thursday, July 9 with a “Don’t Go Hungry on the Way to the Con” activation which will supply visitors with a complimentary Impractical Jokers-themed breakfast (Murr-ito anyone?) until noon, then beginning at 4:00 p.m., fans will be offered bite-sized snacks after a long day of panels, before closing at 7:00 p.m.

“Instead of waiting for the Smithsonian, MoMA or the Getty Center to finally launch a wing dedicated to the art of daring your best friends to embarrass themselves in public (seriously, what’s taking so long?), we decided to create the Museum of Impractical History ourselves to celebrate four successful seasons of the show and to give something back to the viewers who’ve been so supportive,” said Raymond Dooley, Vice President of Marketing at truTV. “We can’t wait for Sal, Q, Murr and Joe to invade San Diego and personally thank and reward their biggest fans with exclusive Impractical Jokers experiences just days before new episodes begin airing July 16.” 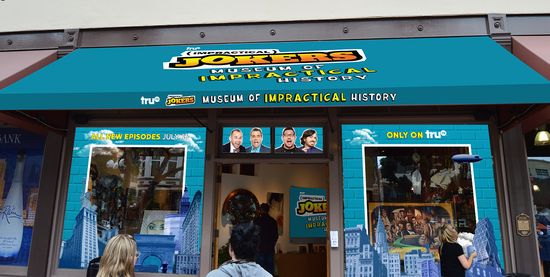 Throughout the exhibition, fans will have an opportunity to experience themed activations each day that they will recognize from popular Impractical Jokers moments, including portraits from caricature artists, spray paint tattoos chosen randomly by a spin from the Wheel of Doom, and an interactive photo booth that will put fans alongside The Jokers. A full list of activations can be found below.

Additionally, on Friday July 10 from 3:00 p.m. – 5:00 p.m. visitors to the museum will be treated to an Impractical Jokers comic book signing with Q, Sal, Joe, and Murr. The comic book, The Secret Origin of truTV's Impractical Jokers, is a reissue from a limited partnership run with DC Comics Entertainment and features an original story and new imagery from the series.

Impractical Jokers’ fourth season returns with new episodes on truTV on Thursday, July 16 at 10:00 p.m. ET/PT. Fans who visit the museum will also be given access to a free iTunes download of the mid-season premiere. In each episode, Q, Murr, Joe and Sal compete to embarrass each other in a series of hilariously humiliating challenges and outrageous dares, all to the amusement and consternation of the general public. At the end of every episode, the biggest loser must endure a punishment of epic proportions. They have to say it. They have to do it. You have to see it!

While in San Diego join the wild cast for some Impractical Jokers for some Comic Con fun!