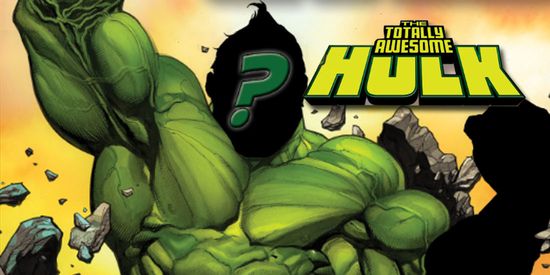 There is a new Hulk in town and he’s “Totally Awesome!” 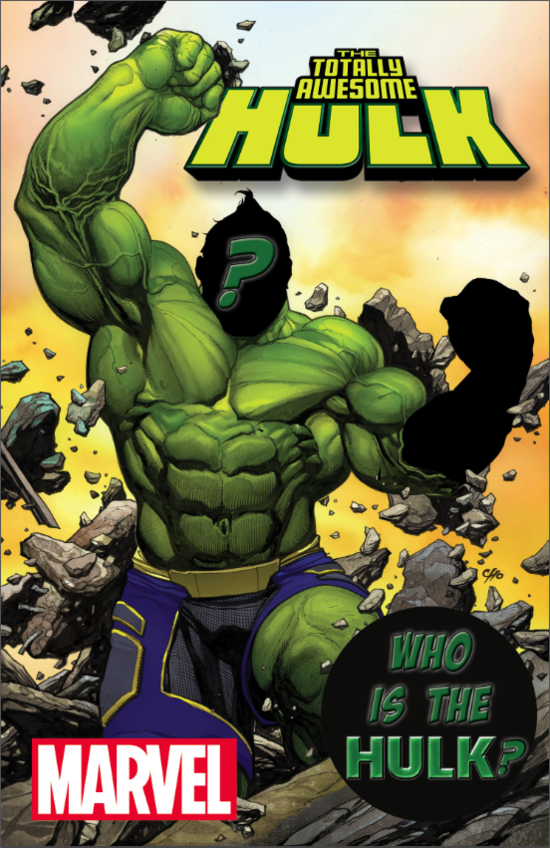 If the name of the book has you cocking your eyebrow, I wouldn't worry as the man that brought us Planet Hulk and World War Hulk, Greg Pak, will be writing the series. If that wasn’t enough, Frank Cho will be handling the art and covers. Looks like Marvel is covering all its bases for this exciting new series.

“For decades, Dr. Bruce Banner has buckled under the weight of his fearsome alter ego, the Incredible Hulk,” Says Marvel Editor-in-Chief Axel Alonso. “Now, someone else is going to take away Banner’s burden, hoist it onto his frail shoulders like it weighs no more than a leaf, and embrace the pure fun being the most powerful being in the Marvel Universe. It’s the Hulk like you’ve never seen him before: unleashed, unapologetic and totally awesome.”

Wait, someone else is The Hulk? What’s going on? The last Hulk series left a lot of questions unanswered and this new one looks like it will be turning the Hulk mythos upside down.

“We ain’t kidding – this is an all-new Hulk,” says writer Greg Pak in an upcoming interview with Marvel.com. “We’re breaking new ground here – no return to established personalities of the past. But what’s going on is indeed grounded in the history of the character and will delve into the central themes of the Hulk in exhilarating new ways.”

There is a new Hulk in town and he’s “Totally Awesome!”