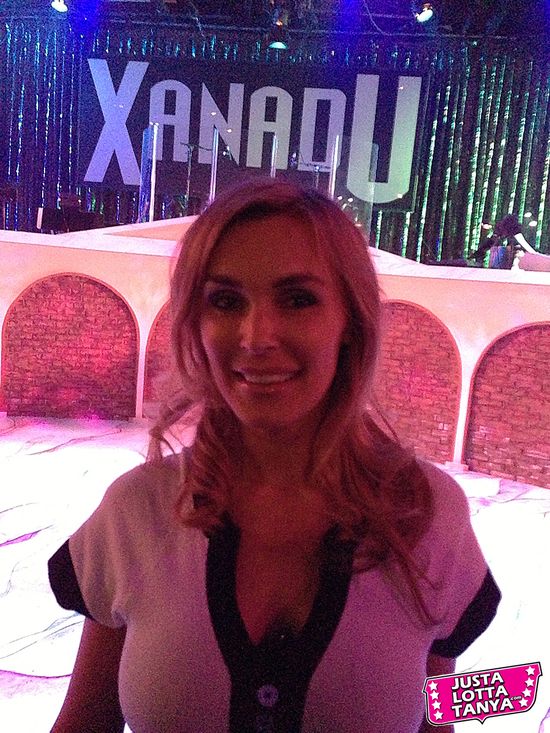 I went to see the Xanadu musical Friday night and thought I would share this picture with you! It was an awesome time, I loved the Olivia Newton John movie, so getting to see this interpretation was loads of fun. 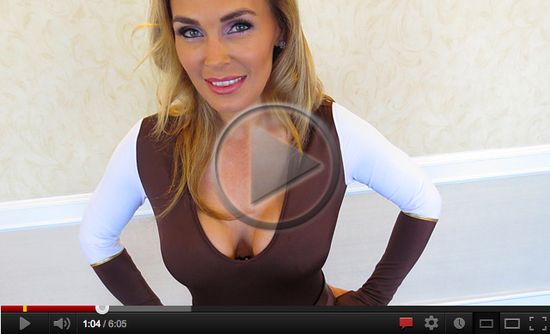 Yeah! I went to the Power-con convention last week in Torrance and have been posting pictures from the event over the last week for you to look at. You have seen my cosplay pictures as She-ra and Princess Adora, now you can watch the video and get a taste of what happens at this really awesome event.

In this video, I talk to some really hot Thundercats cosplayers, James from Cereal Geek,  Scott from Robo Toy Fest and even have a look at the upcoming 30th Anniversary DVD box set of He-Man and the Masters of the Universe.

So have a look and as always, let me know what you think by leaving a comment below or on Youtube! You can always tweet me as well @TanyaTate! 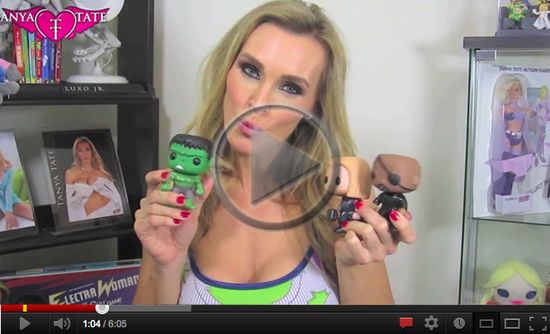 Ok, who bought The Avengers

Blu-ray this week? I know I have mine! YEAH! In honour of the movie's home video release, I have been unboxing and reviewing the Funko POP! vinyl figures from The Avengers series. Last week I posted part one which looked at Captain America and Iron Man. Today I open up and review Hulk, Thor and Nick Fury wearing my skimpy She-Hulk pajamas.

Watch the review by clicking the image above (or this link). Are you buying these if you didn't have them already? Let me know by leaving a comment below or you can always tweet me. @TanyaTate. 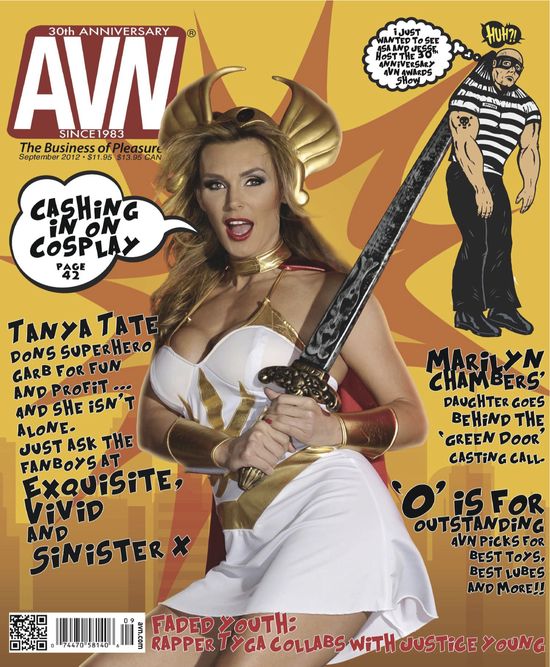 If you have not seen this yet, you might want to pick up the September issue of AVN Magazine, which features...ME on the cover!

I'm talked about in an article titled "Cashing In on Cosplay" and about the over abundance of geek genre parody movies that have come out in the last few years.

I must warn you, this is a "Not Safe For Work" magazine. But if you don't mind that do go out and pick up a copy.

I'll be signing copies of the magazine at the upcoming Exxxotica convention in New Jersey.

Thanks for all your support!

POWERCON COSPLAY PIX 2012: TANYA TATE As Princess Adora! How Did I Do? 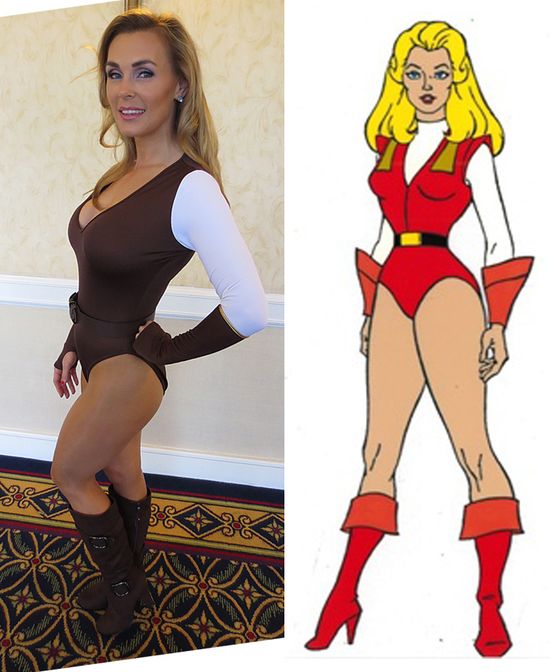 So now that you have seen some cosplay pictures of me as Princess Adora from Power-con, I want to know what you think! How did it turn out?

What did you like, what you didn't like...let's hear it. Do you think I should wear this costume again or what character would you like to see me wear next time? 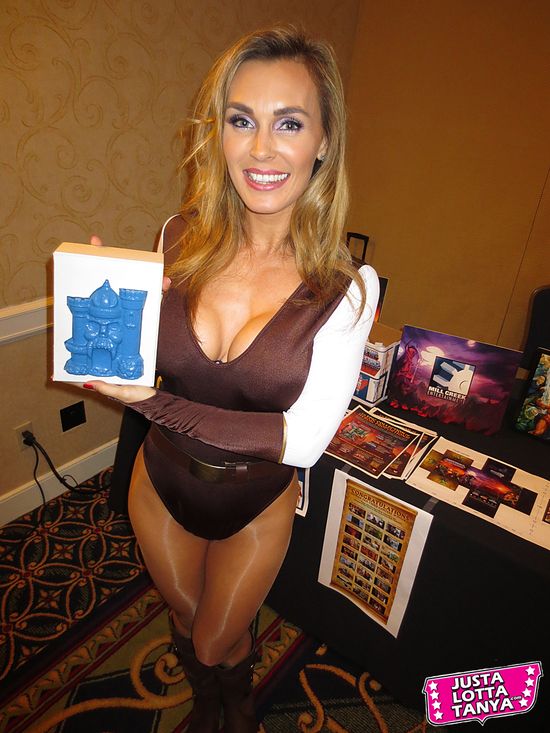 As it's the 30th Anniversary of He-man and the Masters of the Universe, Mill Creek is going to celebrate by releasing an awesome DVD box set. I got to see the prototype of the box set while at Powercon this weekend in Torrance.

The set will include an incredible 22 Discs which is to feature the entire He-man and the Masters of the Universe series, the top 20 episodes of The New Adventures of He-man, and the entire 2002 series.

That in itself is pretty awesome, but to take things to another level, Mill Creek Entertainment are throwing in some more cool features. Like the packaging of the set will have a sculpted Castle Grayskull cover, a mini-replica of He-man's sword, and the soundtrack to the show.

I got to hold the prototype of the box set, and the Castle Grayskull cover is really is amazing. This is going to be a must have set for any He-man fan, even if you have picked up some of the previous releases. They have put so much extra into this set to make it truly unique.

There is no release date as of yet, but in talking to the representative of Mill Creek (who was one of the coolest people I met over the Powercon weekend), she said they were aiming for a December release.

Here are some more pictures: 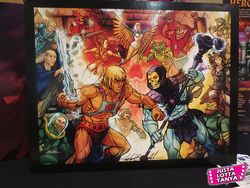 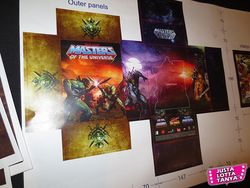 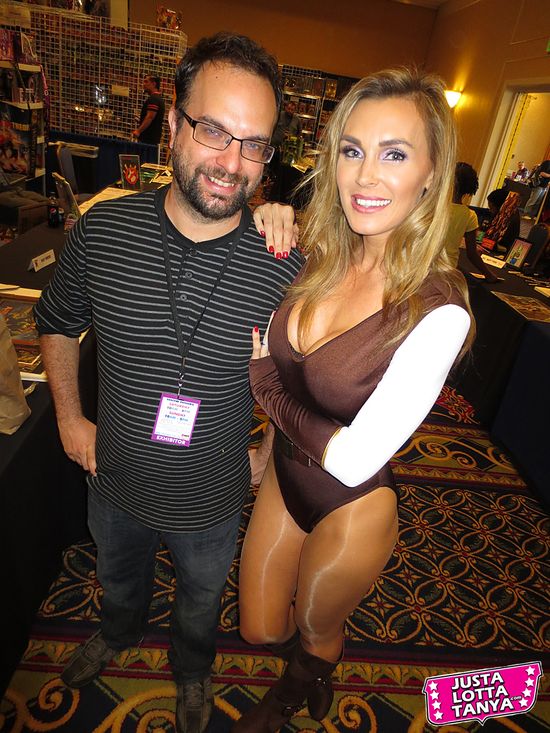 At the Powercon convention this weekend I met a lot of very cool people. One of which was artist/writer Tim Seeley, who for you comic fans know as the co-creator of the Horror comic book Hack/Slash.

He had some of his brilliant art at the convention, which you can see some of on his blog. Tim is obviously very talented, so you can imagine my surprise when he handed me this sketch he did of me: 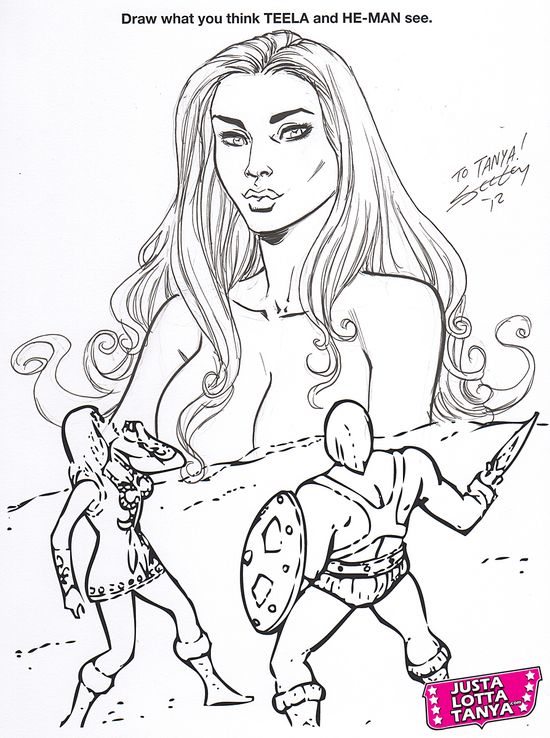 How awesome is this?

Oh my god. This is really amazing. You can follow Tim on twitter and send him a tweet to let him know what you think of his work!

I was Comikaze, doing my cosplay as DC Comics' superhero Black Canary when I ran into Jawiin for a little interview. It's pretty funny, and I want to make a note, LOL, we call our Televisions "the telly" so keep that in mind when he says a "ring, ring on the telly" because it makes no sense to a Brit.

Anyway, there are plenty of close-ups of my form fitting costume as well, so enjoy!

if you have a blog, podcast or website and would like to interview me, just email info (at) sugarbearmedia (dot) com! 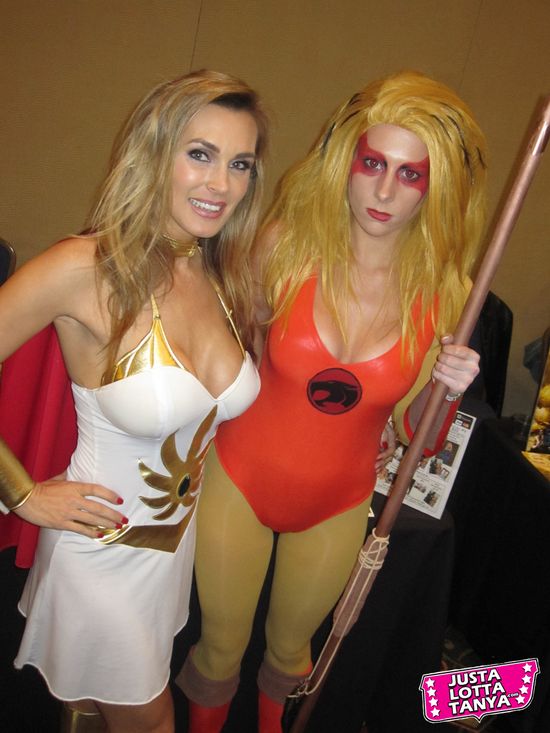 While at Powercon I ran into a very sexy Cheetara! Her costume was awesome. Her name is Constantine and It turns out she was at Comikaze as well, in a different costume. I did a little interview with her and Angi Viper (who cosplaying as Pumyra), which will be seen in my upcoming Powercon 2012 video that I will be posting next week. 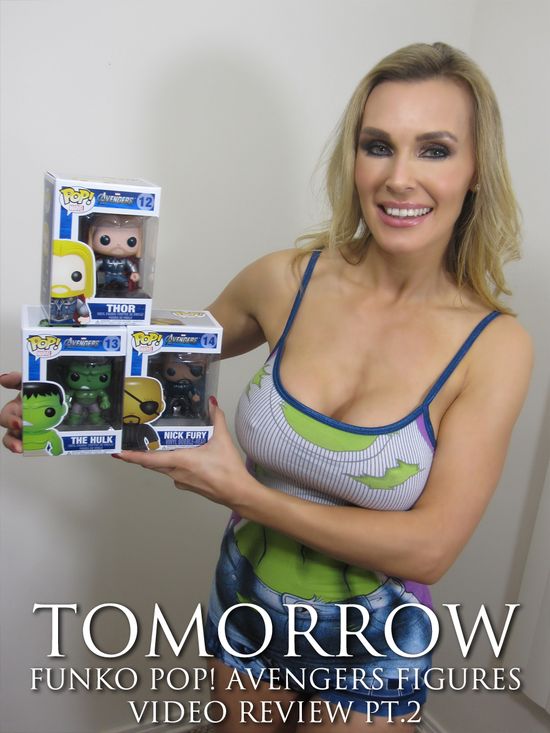 Well, tomorrow will be another big day in geekdom. The Avengers is coming to DVD/Blu-ray! I will finally be able to see the biggest movie of the year in the comfort of my own home, LOL.

To kind of celebrate The Avengers release, I have been reviewing the FUNKO POP! vinyl figures that were released from the Marvel Comics film. Last week, I posted the first video which looked at Captain America and Iron Man here, and tomorrow I'll be posting the second part.

Be sure to join me as I look at the Thor, Nick Fury and Hulk figures! And I'll do it in my She-Hulk pajamas.