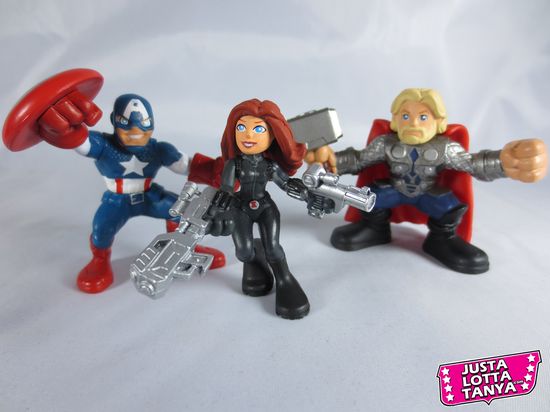 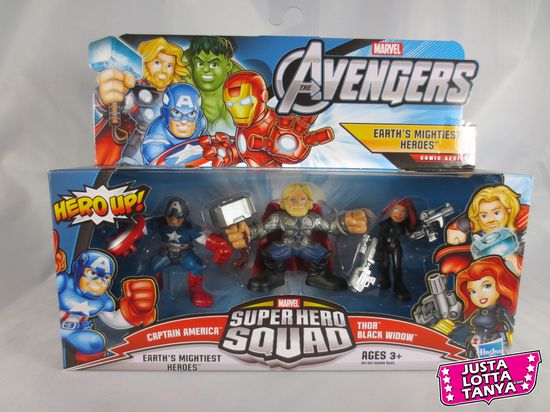 set features Captain America, Thor and Black Widow all with likenesses from The Avengers

movie, even though it specifically says on the box "Comics Version," LOL. The box art definitely pay tribute to the film, with the heroes of the movie featured in the "Super Hero Squad" style. Super Hero Squad figures are approximately 3 inches tall and have limited articulation. 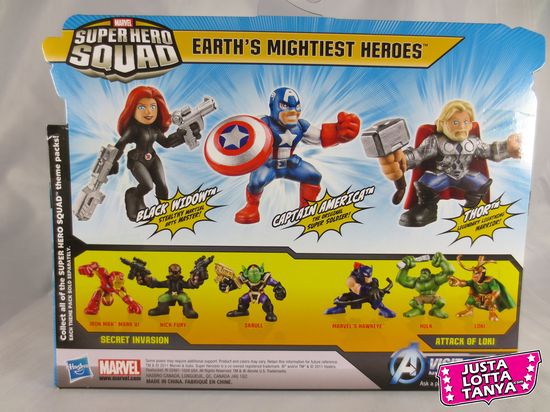 The back of the box shows you the other sets in this line; Secret Invasion

and Attack Of Loki

. Both of which have been reviewed on this site. 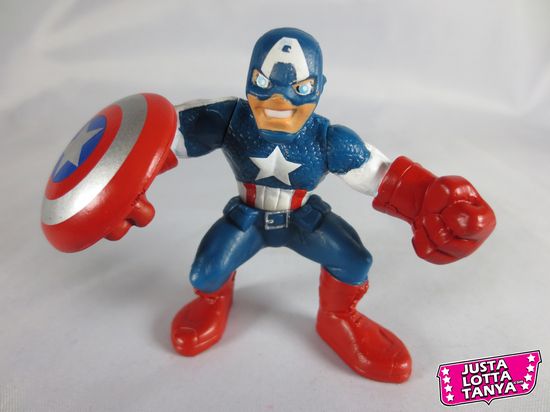 First we have Captain America. This figure is a very cool version of the Sentinel of Liberty. It is a repaint from the Captain has been available before (notably he was included in a two-pack with Black Widow) he has a few points of articulation, his waist turns and arms move. He also has an attached shield. 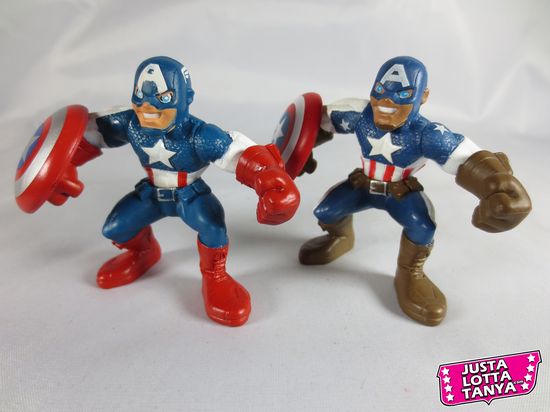 Captain America looks very much like his movie counterpart. That may have something to do with the previously released figure being inspired by the "Ultimate Universe”  version, which the movie used as a springboard for its character design. 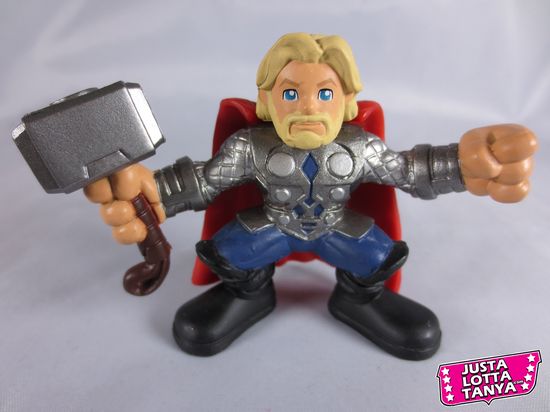 Next we have Thor. He looks cool, movie accurate, very nice head sculpt. Even though, for some reason this Thor looks slightly more mature than he appeared in the movie. This figure has no articulation at the arms but his wrists do turn, which is pretty useless. Still the figure does look very  nice. I like Thor. 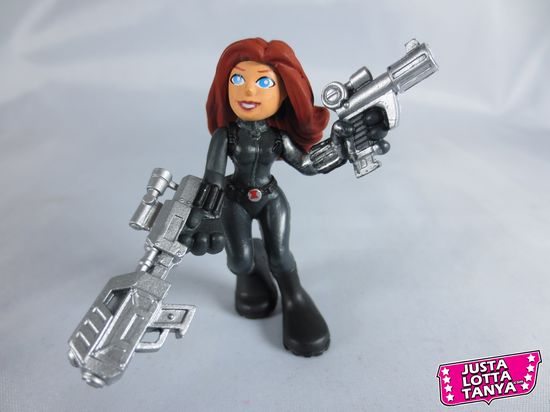 Once again, it's the girls to make the set! Black Widow is all kinds of awesome. This is a new sculpt and they really did bring out the big guns for this one. She has a movie accurate costume, the colouring of her costume is perfect and this has become easily one of my favourite SHS figures.  Sure, I could have done without the incredibly huge rifle gun or what ever that is, but still I think it's a fun kick ass figure. 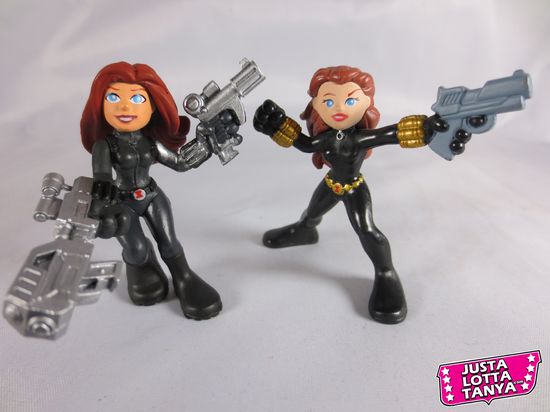 The comic book version of black widow that came out a few years ago was pretty cool and still holds up, I really like the new version better. 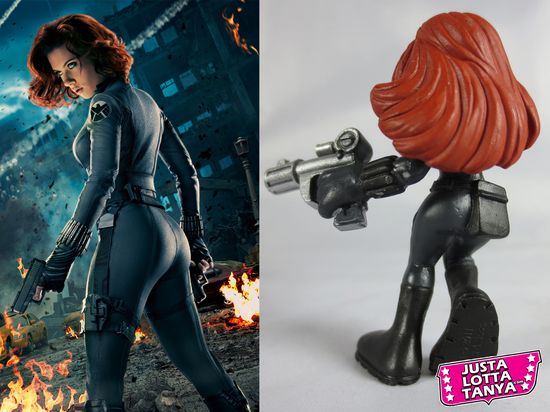 And you want to talk about movie likeness? LOL Scarlett Johansson would be proud.

is a nice little collection and a cool entry in the line of Super Hero Squad figures. Even though I already had a similar Captain America I had no problem buying this set. The Black Widow rocks, the different paint application on America is cool and even though Thor just kind of sits there I still like the figure.

Since this is the last of the three SHS of Avengers movie based box sets and I thought I would wrap things up with a picture of all the figures in this line. 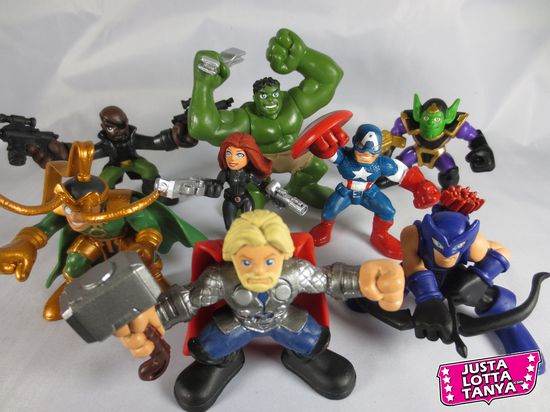 So, are you going to be collecting these? Or do you have them already? Either way let me know by leaving a comment below or tweeting me about it. You can tweet me at  twitter.com/TanyaTate!