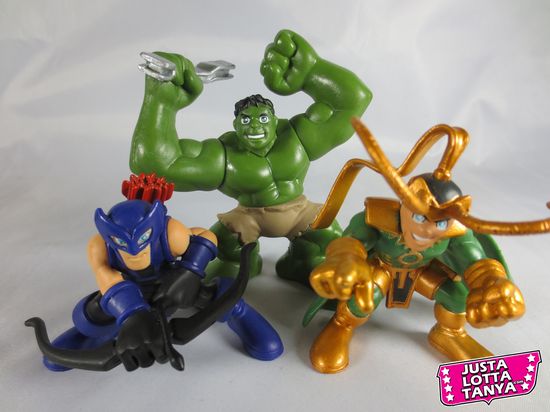 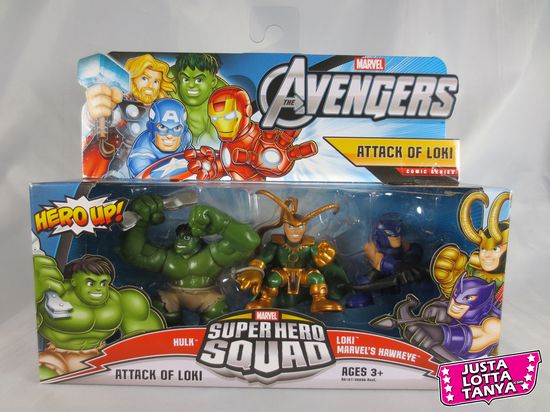 contains three figures that have been previously released but are featured here with new paint applications. While at first it maybe a turn off to read that none of these are new sculpts, but The Hulk and Hawkeye have not been seen in a while...so, for collectors who missed them the first time around they're getting a second chance (and in The Hulk's case, a third!) 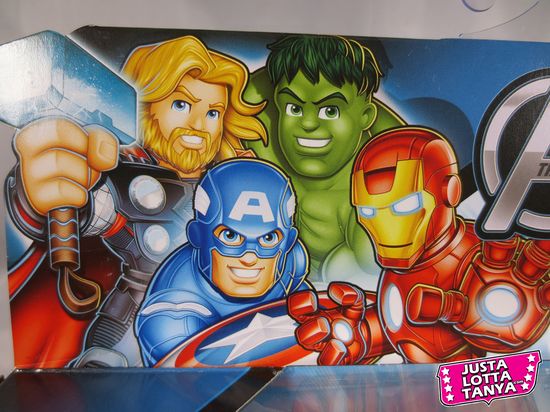 The front of the box features the four main heroes of The Avengers movie in the SHS  style. I'm wondering since these sets have only just came out, if the incredible reaction to The Hulk in The Avengers was a deciding factor in including him among the heroes. Previously, the toys had an icon that just centered around Thor, Capt. America and Ironman. 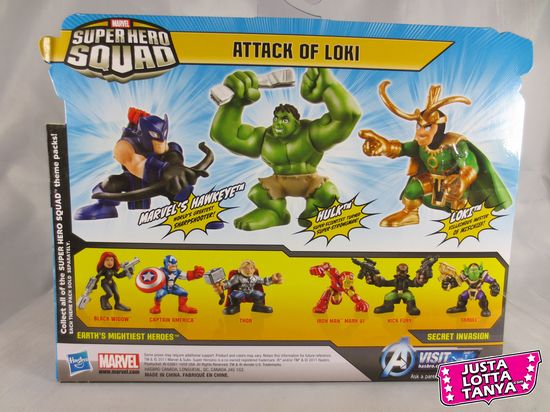 The back of the box features images of the figures inside as well as pictures of the other two sets in this Avengers movie series. 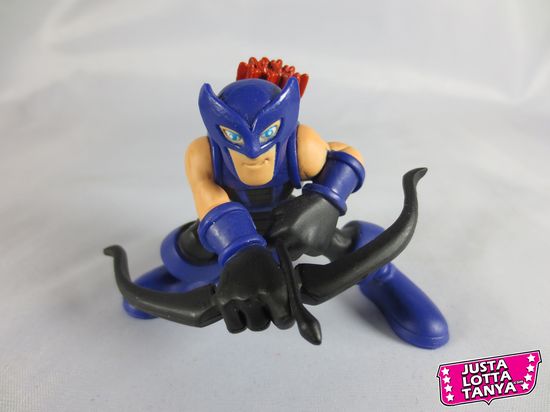 First let's take a look at Hawkeye. These sets are obviously marketed toward The Avengers movie fans, and the paint applications reflect as such. Unfortunately, Hawkeye is simply a repaint of the Comic Book version, which looked cool when it first came out but now passing it off as a movie version just doesn't work.  However, if you just want the figure, not necessarily as a movie version, just as a classic version, then this one will suffice. 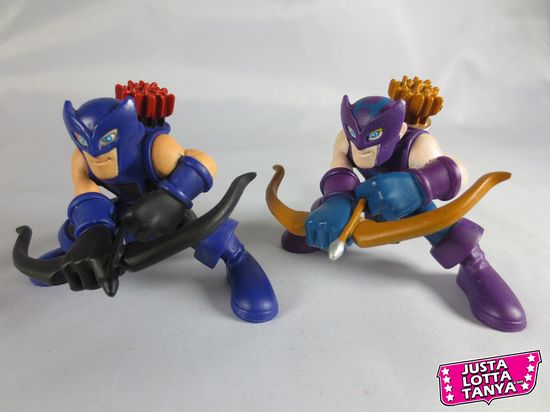 Here you can see how Hawkeye was originally released. 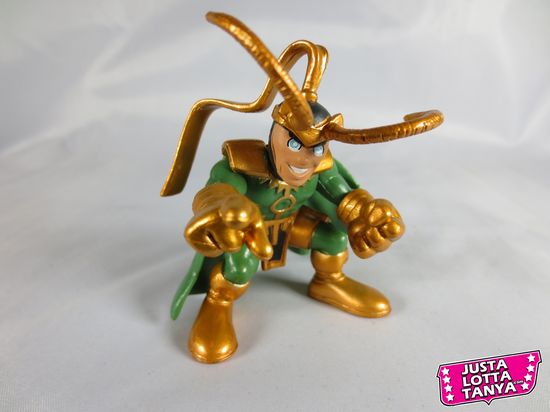 And now your villain for The Avengers movie, Loki. Loki has nice articulation in his arms, waist and head. This one has slightly different paint applications than we have seen before. Loki is made to look a little more like a movie version, which is fine, but he is still rooted in the comic book version. 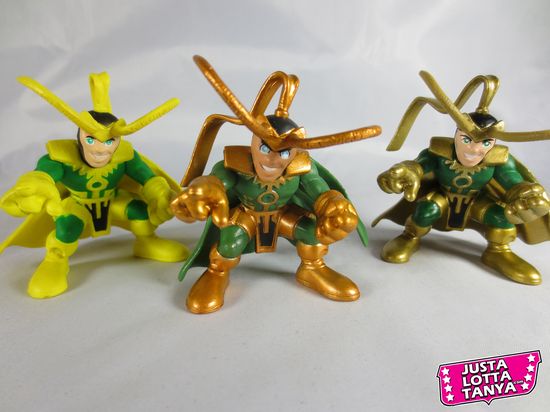 Here is a comparison of the other two versions of the figure that have been previously released. The brightly coloured one on the left was the initial version, with the one on the right (the gold one) was a Toys "R" Us exclusive. 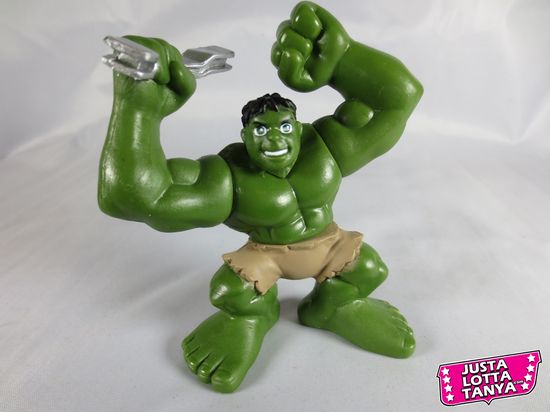 The last Super Hero Squad figure in the Attack Of Loki

set is everyone's favourite green goliath, The Hulk. This too, is also a repaint. But, as far as I know, one that has not been seen around since 2008, When the figures for the the Incredible Hulk movie came out. Again, this one plays to the new Avengers movie. He has articulation in the arms and waist.  This figure actually works very well. I missed it the first time around and glad I got a chance to add it to my collection now. Before I realized that this was a repaint, I really thought that this may have been a new figure, since it fits in well with the Avengers movie style.

So, is Attack Of Loki

worth picking up? Probably. Especially if you missed some of the figures first time around. The main point of interest for me was The Hulk figure, I really didn't  need another Loki or Hawkeye but you might.

to your collection? Let me know by leaving a comment below or sending me a tweet:  Twitter.com/TanyaTate.

I have two more sets to go in this Avengers movie Super Hero Squad series so keep watching and I'll be posting them shortly.